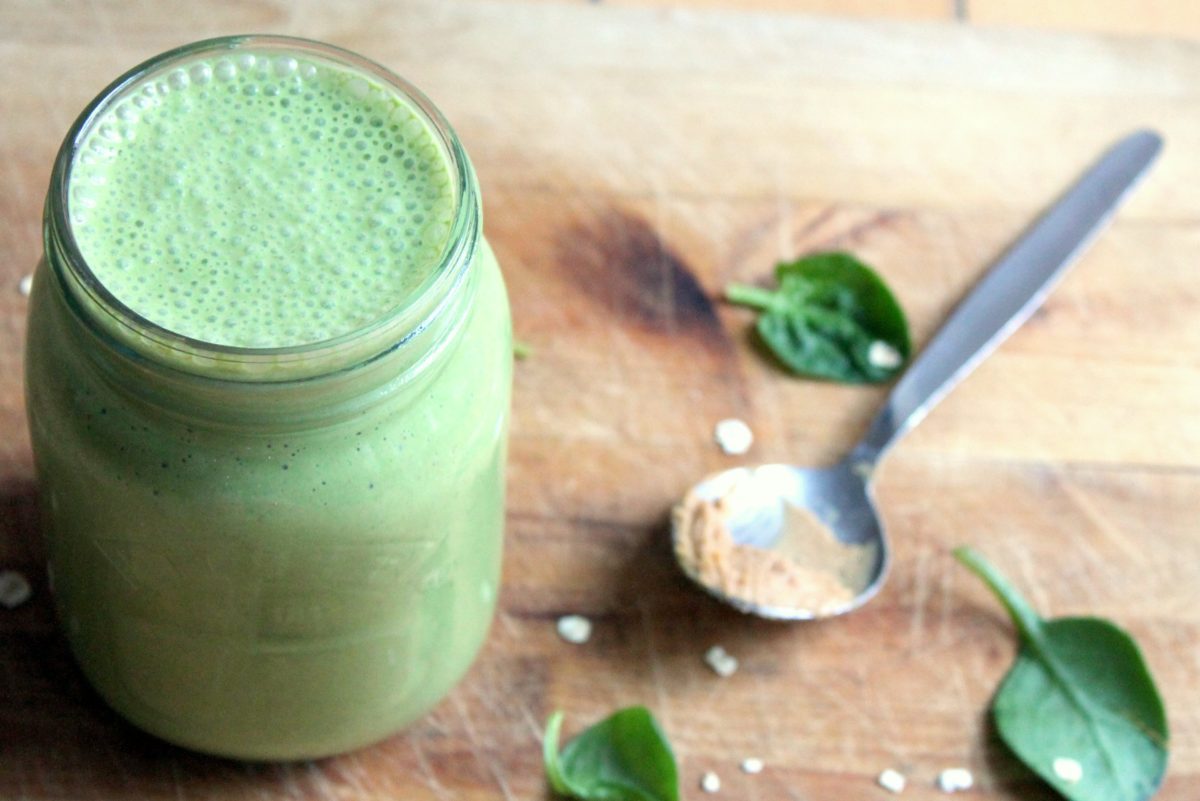 That wonderful time of day when an alarm forces you out of your lovely sleep, forces you to step out from under your lovely duvet, endure the endless monotony of brushing your teeth and straightening your hair and generally wanting to sob with the sheer awfulness of it all.

It’s safe to say I am not a morning person. 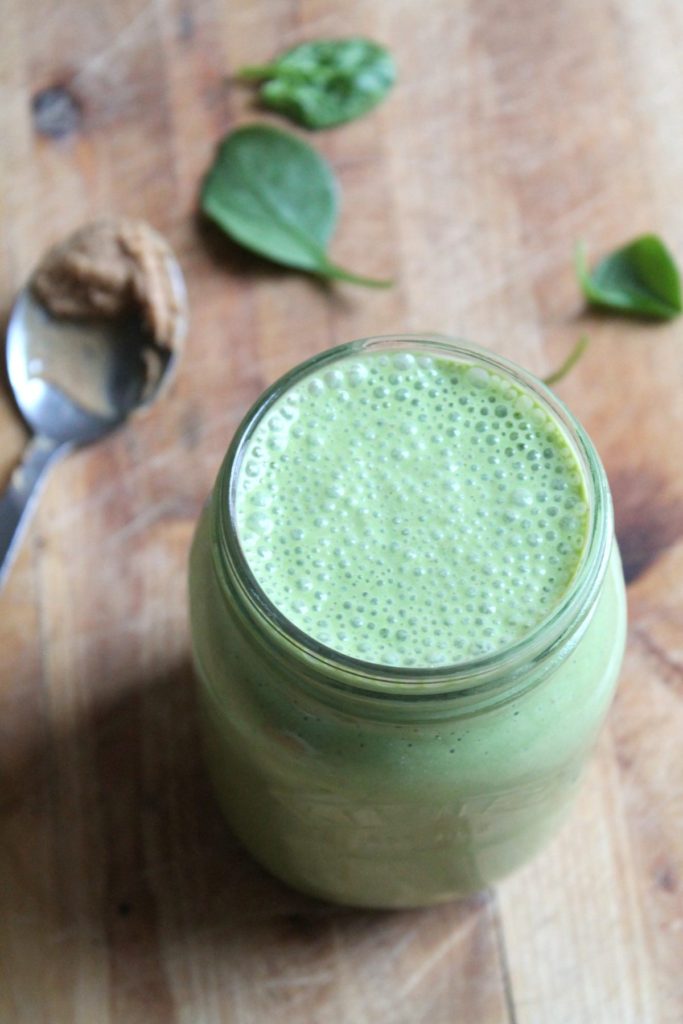 Mornings are an assault on the senses with all the light and noise and the shower and whatnot. Ugh, just leave me alone.

And if I have been woken up by the alarm (which is anytime I wake before 11am) then I can’t stomach solid food for  few hours. So there was a time when I skipped breakfast and just went on my merry way but then, along came Mr. Veggie, infinitely capable in the mornings, to deliver me smoothies to my dressing table.

Smoothies I can generally handle. But not all breakfast smoothies are equal. A very fruity, sugary or citrus-y smoothie feels a little harsh and acidic in my early morning state. The base of this smoothie, however, is an ever-so-gentle blend of banana, peanut butter and oat. Unsweetened almond milk adds creaminess and spinach adds a nutrient injection.

(Yep, that’s right, I conquered my fear of the genuinely green smoothie. Ha! I love it too! It’s just like it always was, but with extra nutrition, and I’ve decided the green is psychologically nicer than the blah beige it was without the spinach.) 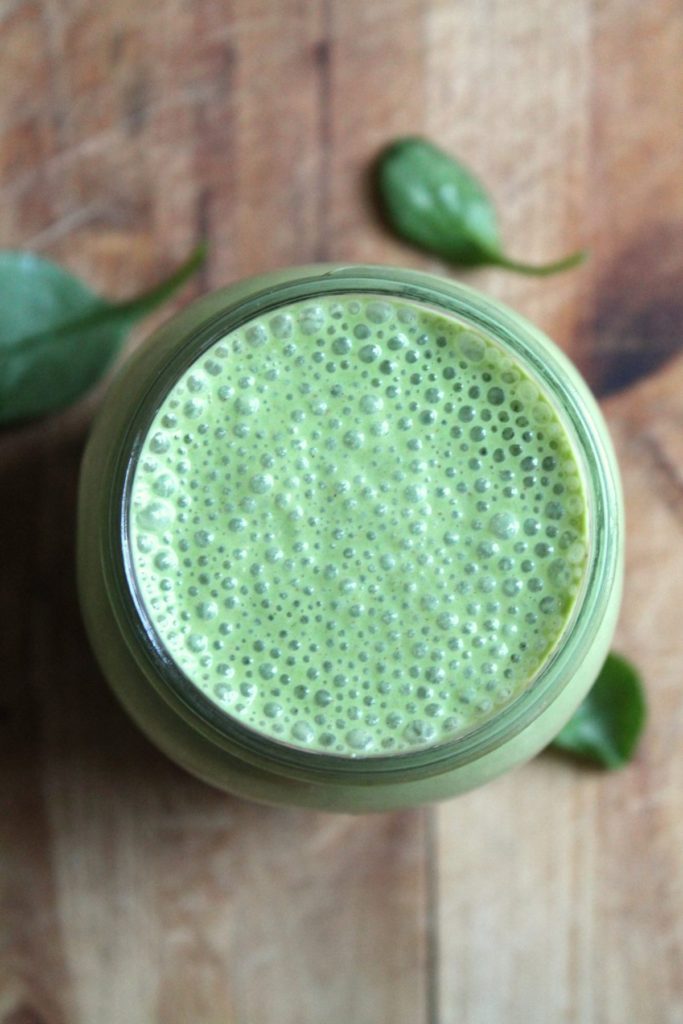 It may be psychological but since making this smoothie green I swear I have more energy by the time I leave the house. That might be unrealistic, but whether it’s valid or it’s in my head, I am sort of in love with this smoothie.

If you struggle to eat in the mornings I think you should give it a try. It’s very easy on your early morning tummy and it really tastes great. The flavour is all peanut butter with just a little soft oaty background, sweetened by the banana and an optional drizzle of maple syrup.

I absolutely recommend you use a frozen banana or include some ice in your blender to make it it’s best self. It is fine room temperature too though.

This is a very adaptable recipe- the amounts given are just a guide.