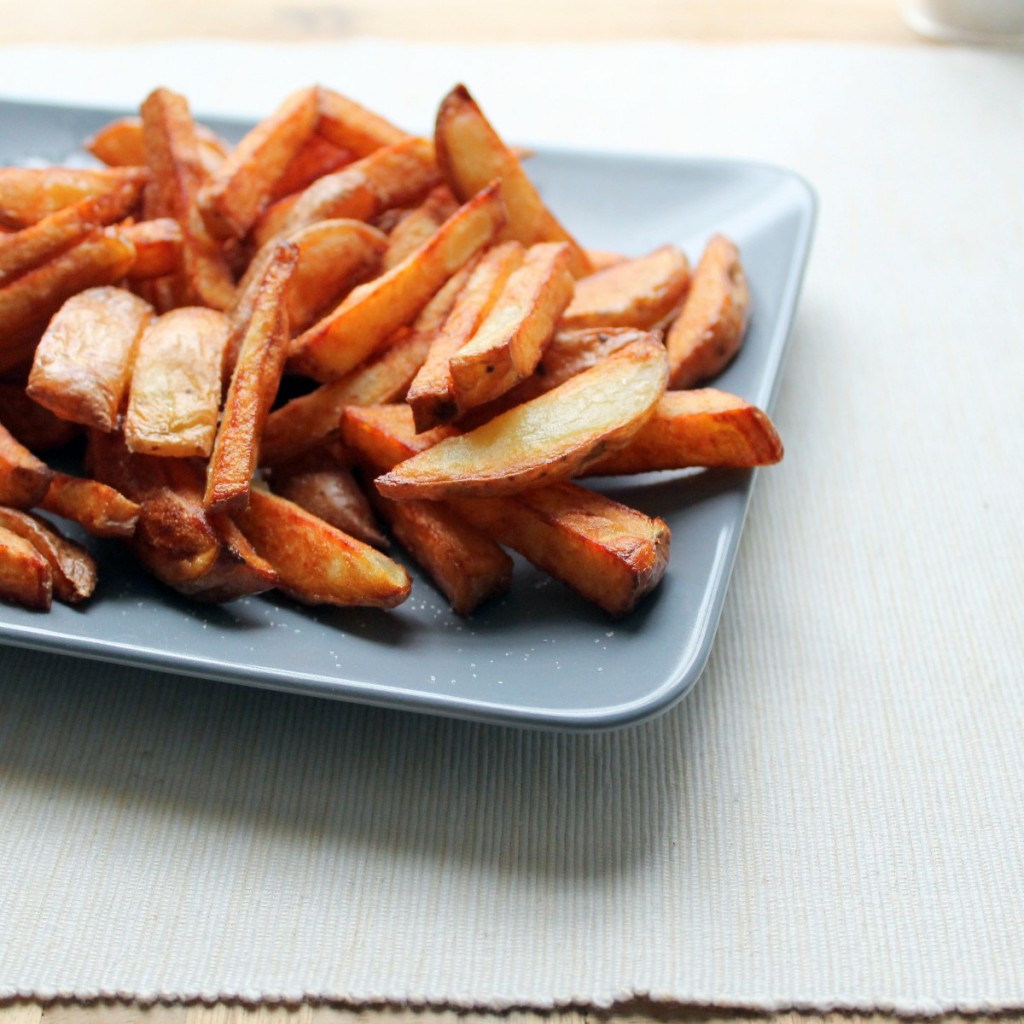 In a previous post, I talked about the amazingness of the truffle chips at Terre a Terre in Brighton. I vowed to keep working on it to get it right.

And I did. I tried at least a few times a month. I tried different oils. I tried paste instead of oil. I tried oven baked chips, I tried deep fried chips. I tried baking them in the oil, I tried adding the oil at the end, and in one particularly expensive experiment I tried both at the same time. My chips never tasted like truffle. I looked at recipe after recipe for truffle fries and I just couldn’t understand how the supposedly simple technique of making chips and then tossing them in truffle oil worked for everyone but me.

And then with the fourth truffle oil I tried, I realised the secret. The truffle oil needs to be really strong. A delicate and subtle white truffle oil, however lovely, is too weak to cut through. Black truffle oil with a highly concentrated flavour is your best bet. Not a lot of oil is going to stick to the chips- they already have a coat of oil they were cooked in- so it has to be potent for any flavour to stick.

The one I found that finally worked was Truffle Hunter‘s restaurant strength black truffle oil. It didn’t come cheap- but it is strong enough that only a small amount is needed, so very cost effective. It will keep truffle chips on the menu here for a very long time! 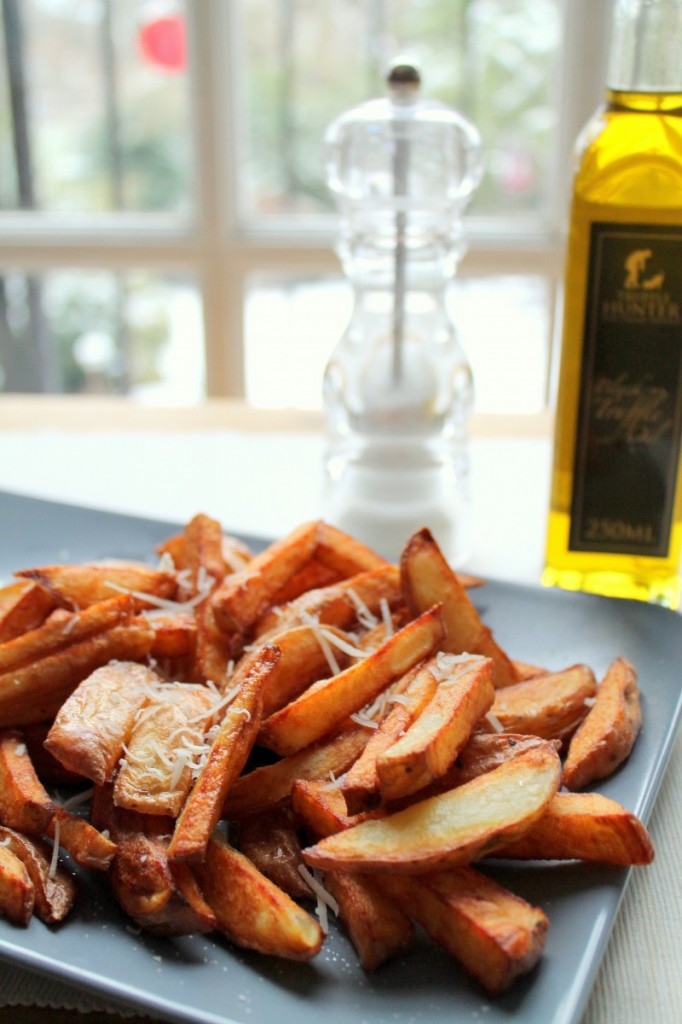 For this recipe, a deep fryer filled with sunflower or other vegetable oil is required. I have had successes with oven baked chips too and I will talk about that another day- but for real perfection, it doesn’t get much better than crispy twice cooked chips. Cooked once on a low heat, to fluff the insides, and again on a very high heat, to crisp the outsides.