Me and mashed potatoes. It’s love.

You are probably aware of that. I have already told you about how much I love eating a bowl of mashed potatoes for dinner when I am home alone. And I told you how at American buffets, as a vegetarian kid, I would eat a huge plate with half mashed potatoes and half mac and cheese.

This is a love affair that will last a lifetime. 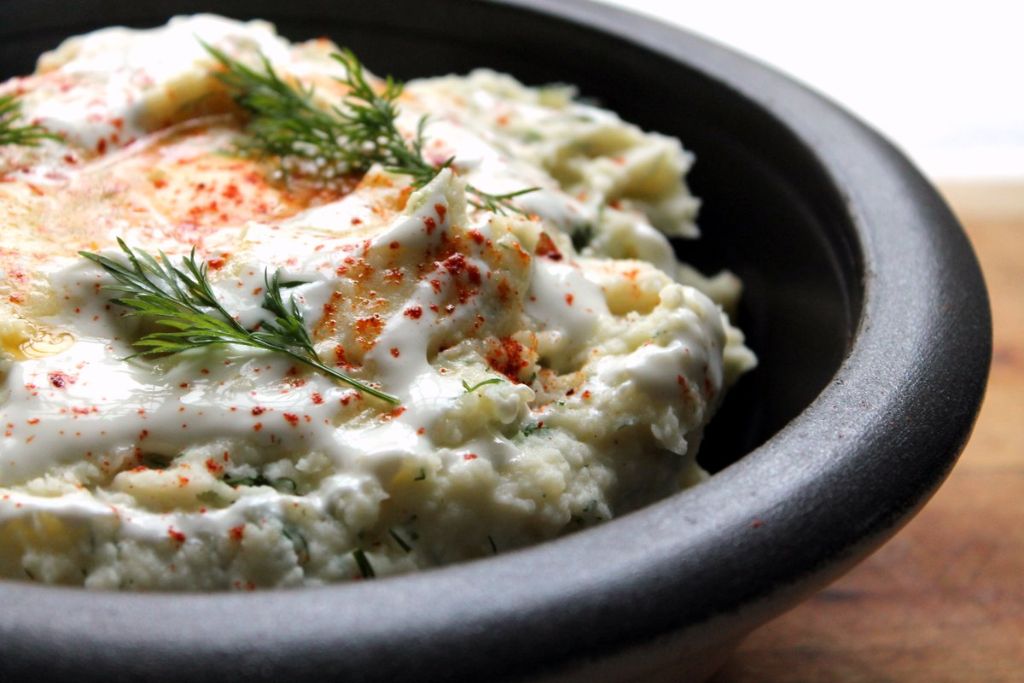 I’ll tell you what though. It’s not a photographer’s dream food.

For my first mashed potato recipe, I tried to focus on my cute red ramekins. Lids on, lids off, lid propped at a jaunty angle. It’s all there. 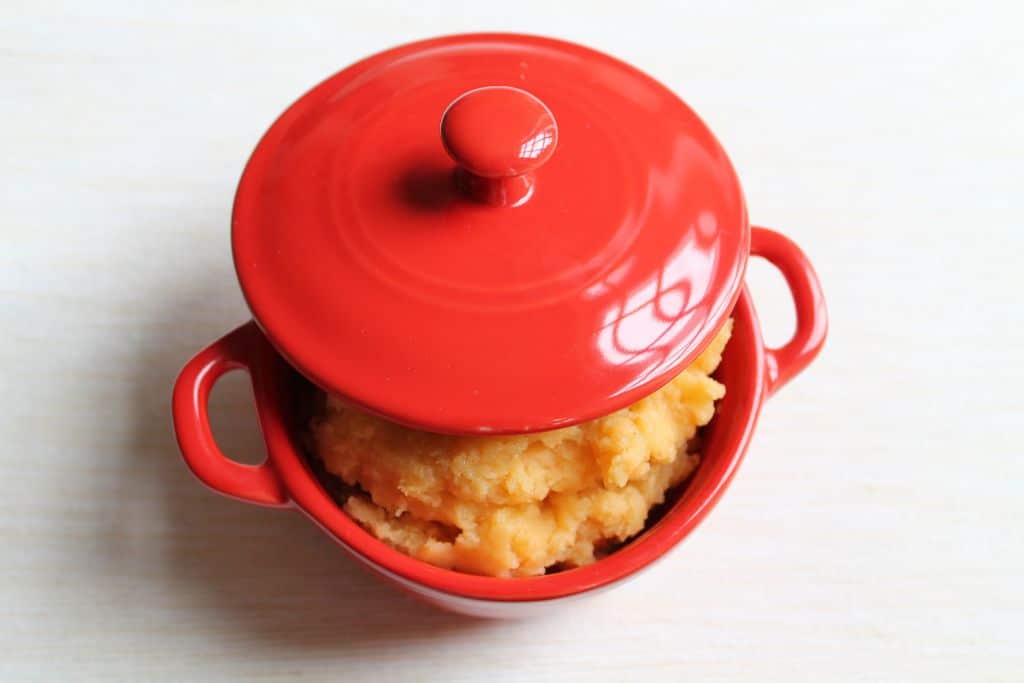 In the second, I went ahead and added a cool spoon rest my mom bought me in New Orleans. Ooooh. Patterns and colours.

I also realised that smoothing my mashed potatoes on top could be a good idea. Like, duh. 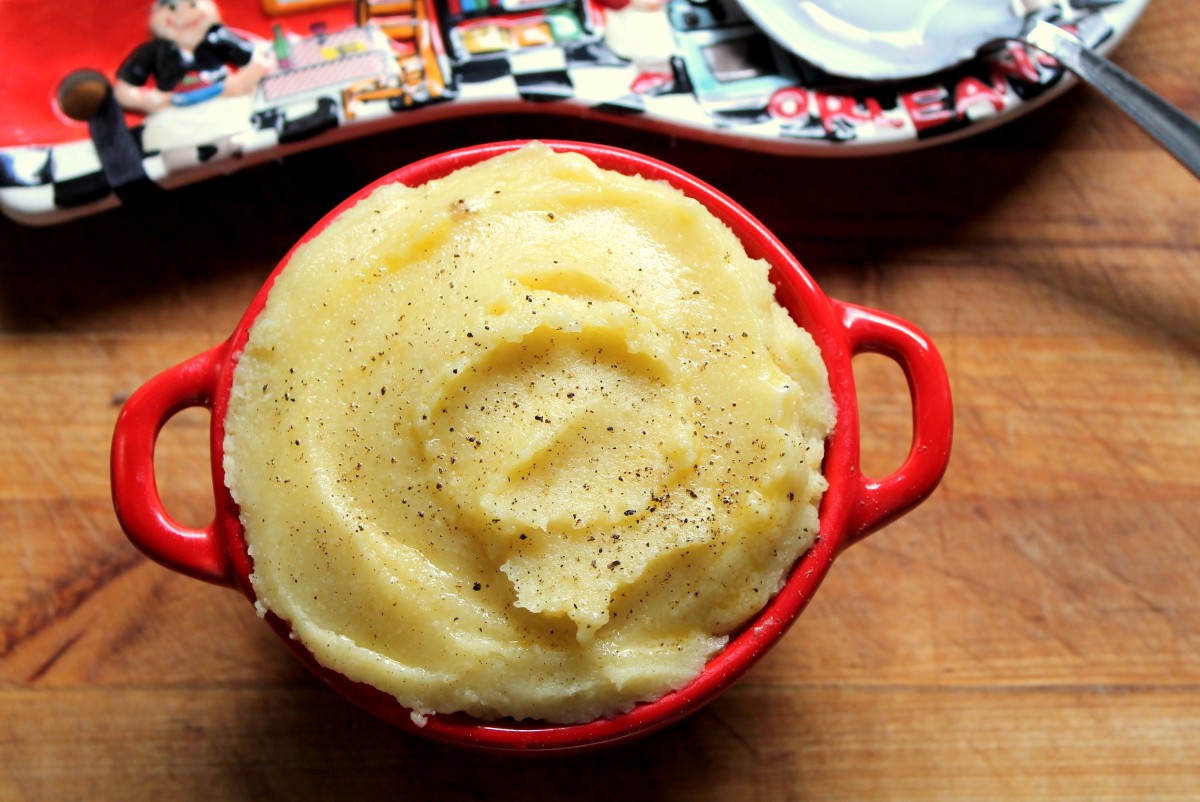 But this time, I decided I needed to move away from the ramekin. And so I had no choice but to take a step further and actually garnish those mashed potatoes. Look! There’s colour and texture and all things interesting. 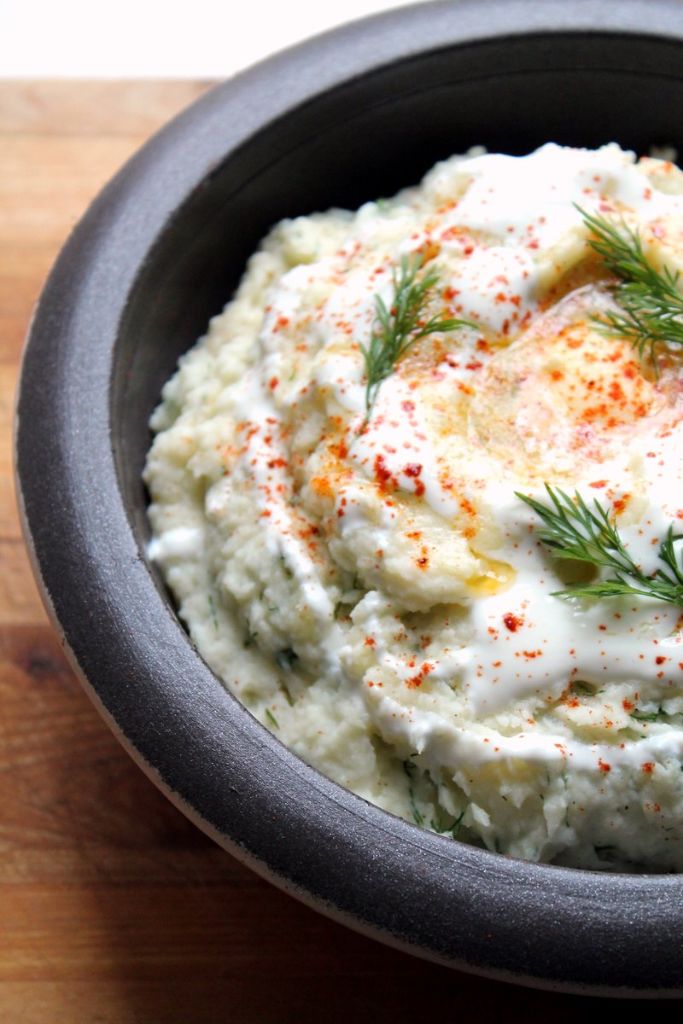 (It will surprise the more seasoned bloggers that it took me 3 attempts to figure this out but… I dunno, I’m not so much a natural garnish-er.) 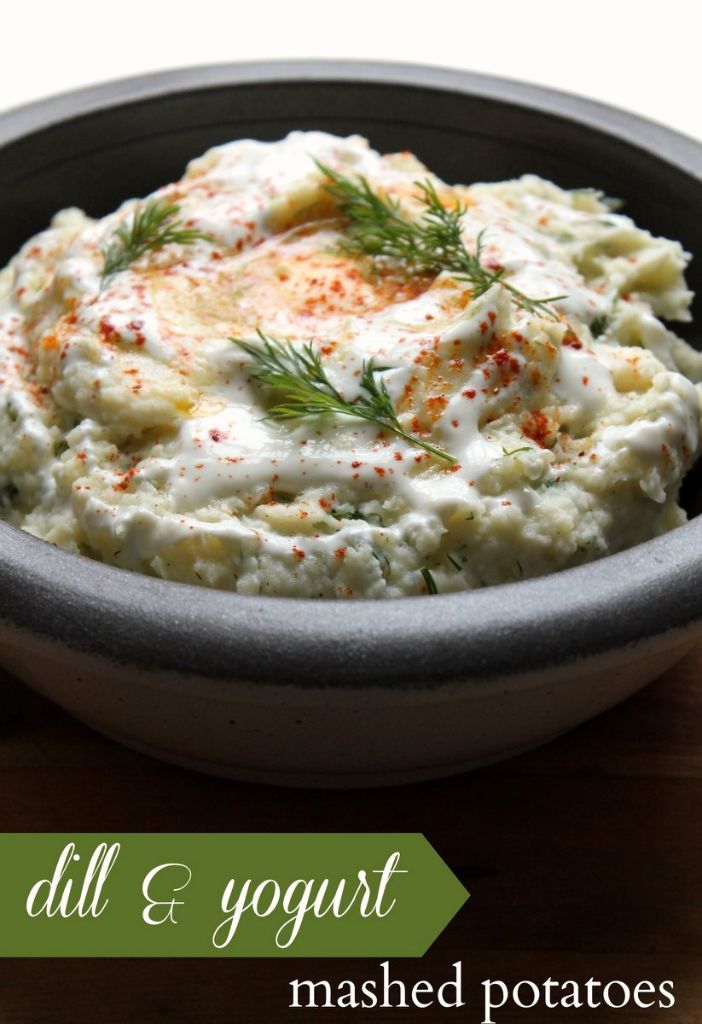 But even better, the mashed potatoes were heavenly, and the garnish served a lot more purpose than just looking pretty! Oozy, melting butter and yogurt made for an awesome sauce on top of the potatoes, which have a great flavour kick from the dill (and green speckles to prove it).

A good potato ricer is essential to getting the texture right. If you do not have a ricer, the potatoes should come out fine anyway but you may need to vary the ingredient amounts to get the texture right (And then go buy a ricer. Go go go.) 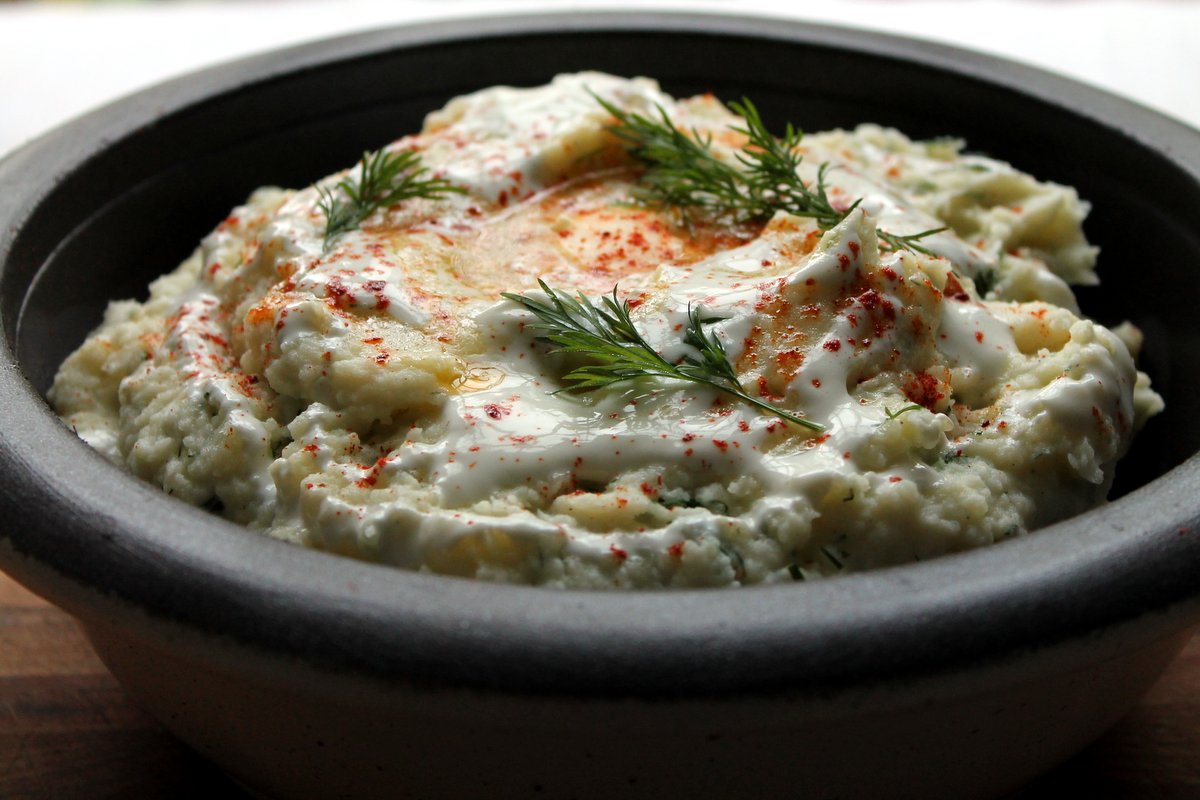