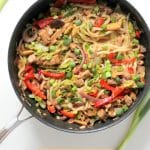 Asian inspired stir fried udon noodles packed with peppers, shiitake mushrooms and sesame jackfruit! This is an easy way to prepare young jackfruit, a fun plant based meat substitute.  This is a quick, healthy and adaptable udon noodle recipe which can be made as spicy as you like. 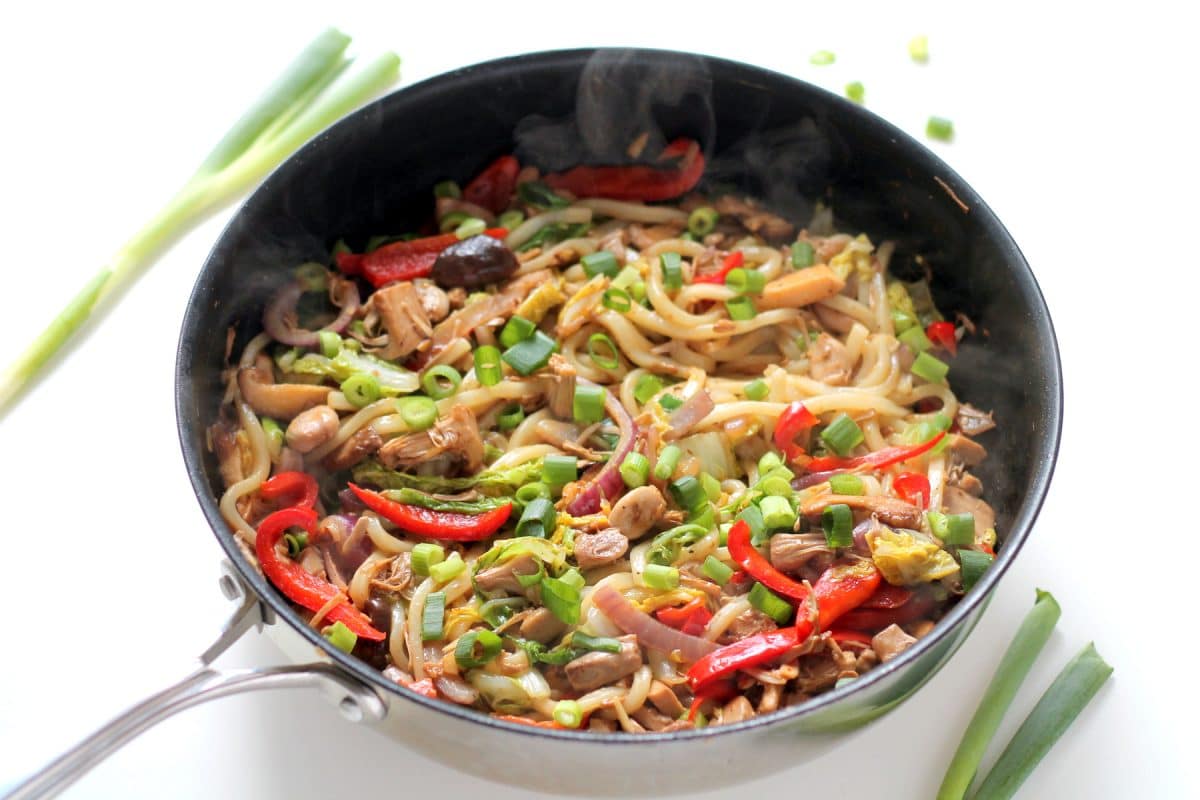 Apparently jackfruit is the hot new trend in meatless cooking, which is great because now I can buy it from my online supermarket and not have to seek it out at real, actual stores like the olden days when it was more obscure.

If you haven’t tried jackfruit yet, it’s definitely worth a look. When using it as a meat substitute, we use the unripened fruit, which is sold canned. It resembles the texture of pulled pork and is fairly tasteless so absorbs the flavors it’s cooked in. While it’s often used in BBQ and Mexican style dishes, I decided to try is Asian style. We are going to marinade it in soy sauce and toasted sesame oil, and put it in some stir fried udon noodles. 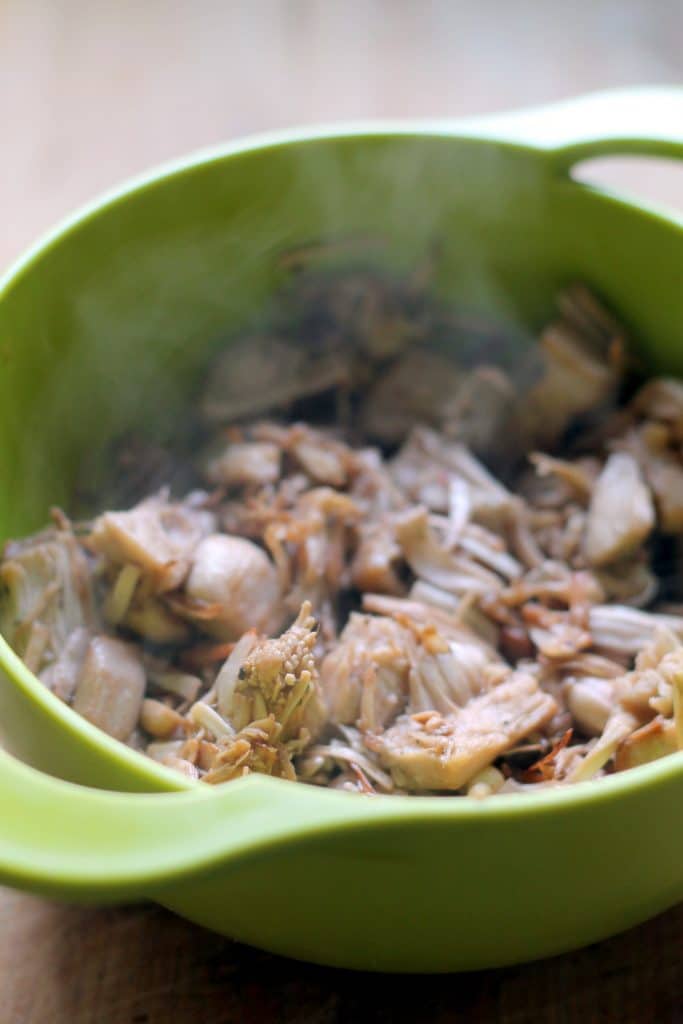 My photos are not going to sell the idea of jackfruit to you, to be totally fair. But yes, this is what it looks like in unflattering light.

You’ll just have to trust me and all the people of the internet when I say it tastes pretty good. 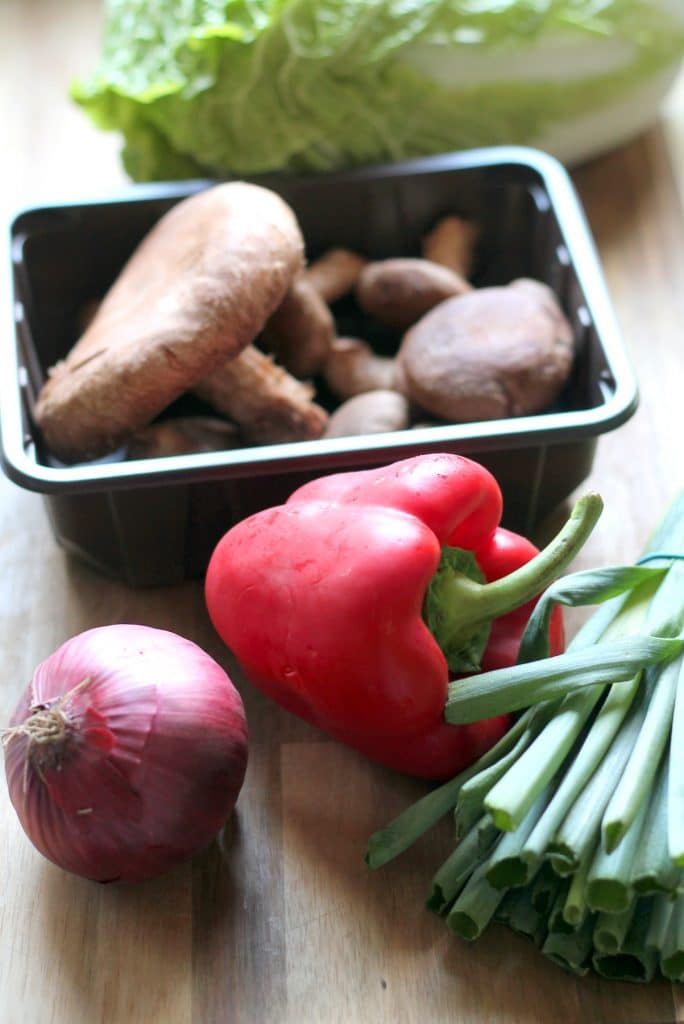 So we’re going to get some stir fried jackfruit going, and then add some veggies and big fat udon noodles the party and ta da! Dinner is DONE.

And it looks a little more appetizing now. 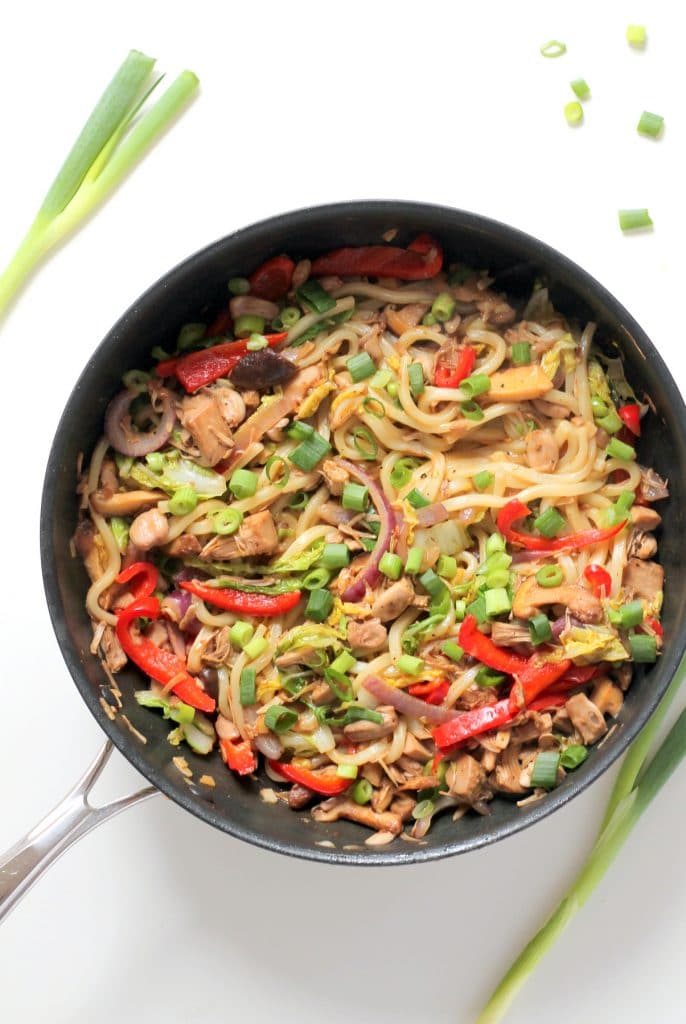 There’s so much texture and crunch going on in this pan. I used shiitake mushrooms, napa cabbage and red peppers, but it’s great with whatever veggies you have lying around. So don’t hold back!

I sourced some legit imported frozen udon noodles for this dish, but previous iterations used whatever noodles I could get my hands on. If you only have rice noodles or ramen noodles, go for it. Most noodles are sold portioned so just use two portions of whatever you have. 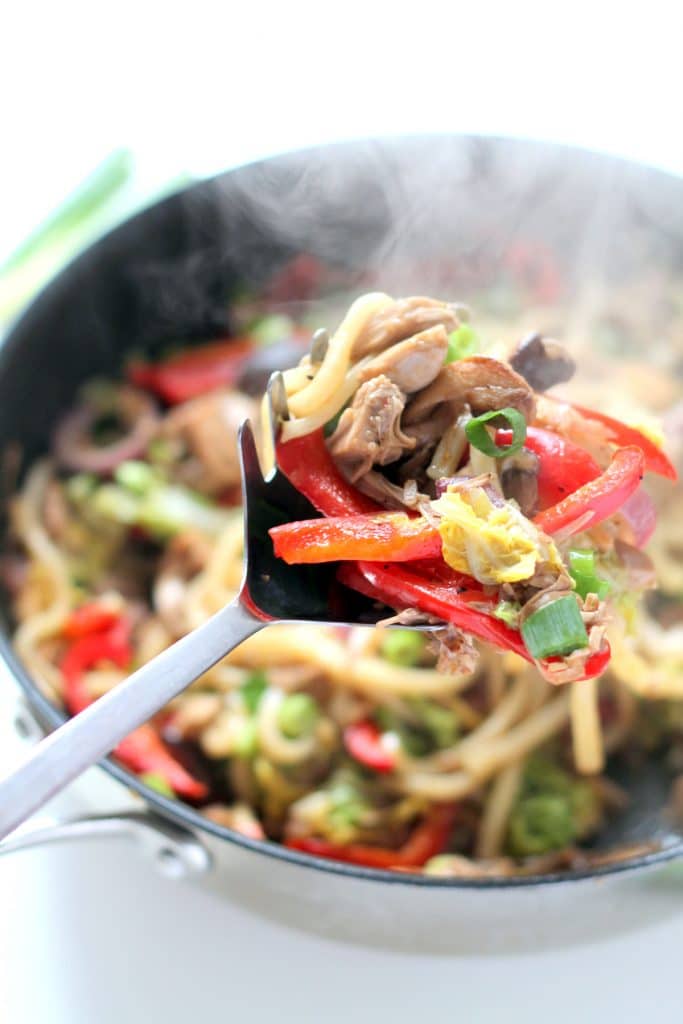 Note that jackfruit is used as a faux meat, but it's not a good protein source so if you want to add more protein to this recipe, I'd recommend throwing some cashews in while stir frying your veggies!