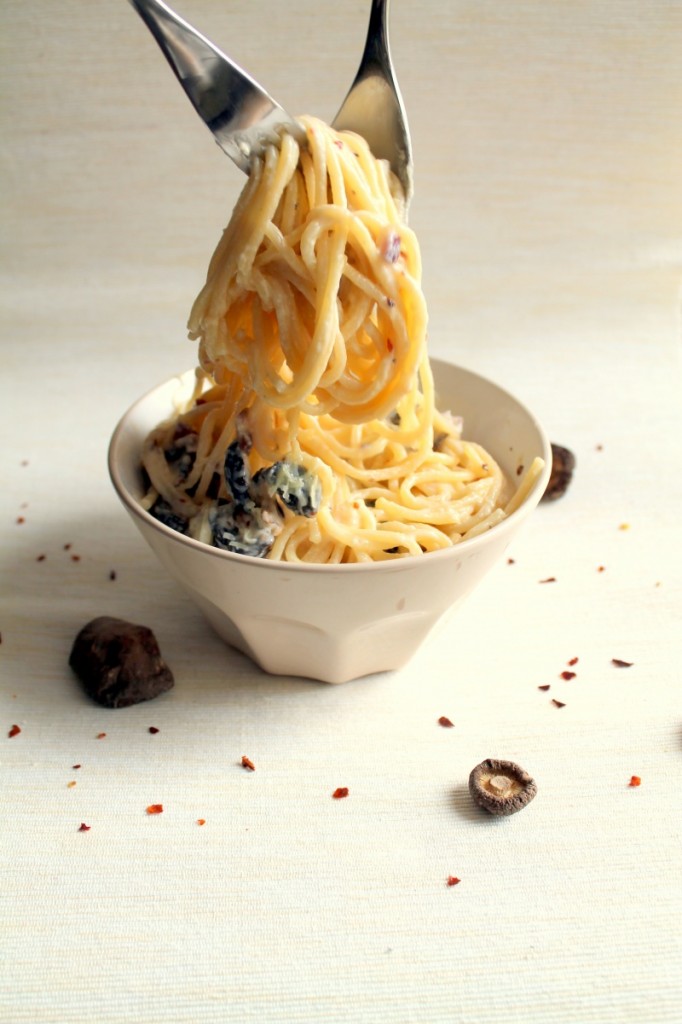 Ah, creamy pasta dishes… my biggest weakness. When Mr. Veggie and I first moved in together I went through a phase where I was determined to recreate the Olive Garden alfredo sauce from American childhood, the real version with all the butter, cream and cheese it required. We both gained about 15 pounds during that phase…. Fast forward 5 years, and we are a little more careful. Mr’s cholesterol problems came to light in that first year living together, which spurred us into our current way of eating where we have to interrogate the need for saturated fat.

It’s a complicated, often inconsistent thought process, which I’m sure all you home cooks can relate to. I want to keep food as pure as possible and avoid lighted foods that are just full of sugar or weird stuff. I also think there comes a point where a light version is a wasted effort, if it’s only going to disappoint you.

So. This is a happy day, because I can share a lightened up recipe which I am actually thrilled with. The texture of this carbonara sauce is thick, creamy and pure luxury. It does contain eggs and just a little bit of cheese on top. The other ingredient is a thick, creamy fat free yogurt.

The team at Chobani kindly sent me a sampler pack of their yogurts, which they have just started distributing in the UK. They use a greek style straining method which makes their fat free yogurts incredibly thick. The texture is amazing, and I also noted that they are very mild- tangy, but lacking the strong sour taste that some greek yogurts have. 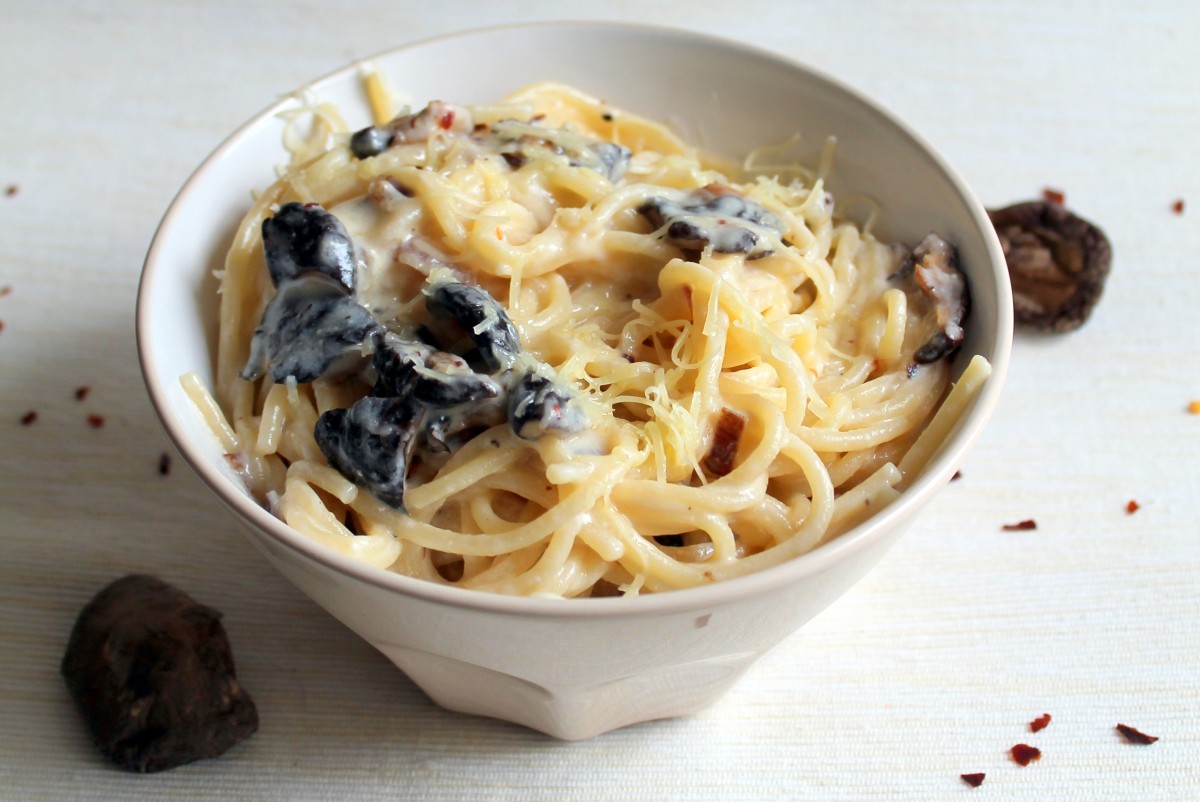 These qualities open up a lot of ideas which I wouldn’t ever have considered yogurt for in the past, and this was my first experiment. There will be more!

Being a vegetarian, my carbonara was never going to have bacon or ham, but dried shiitake mushrooms work beautifully, and some smoked chili flakes added a little interest too.

Carbonara fans, you might also enjoy my new white wine & manchego asparagus carbonara! Also super delicious, also lightened up a little by using a white wine reduction to cut down on the amount of cheese needed. 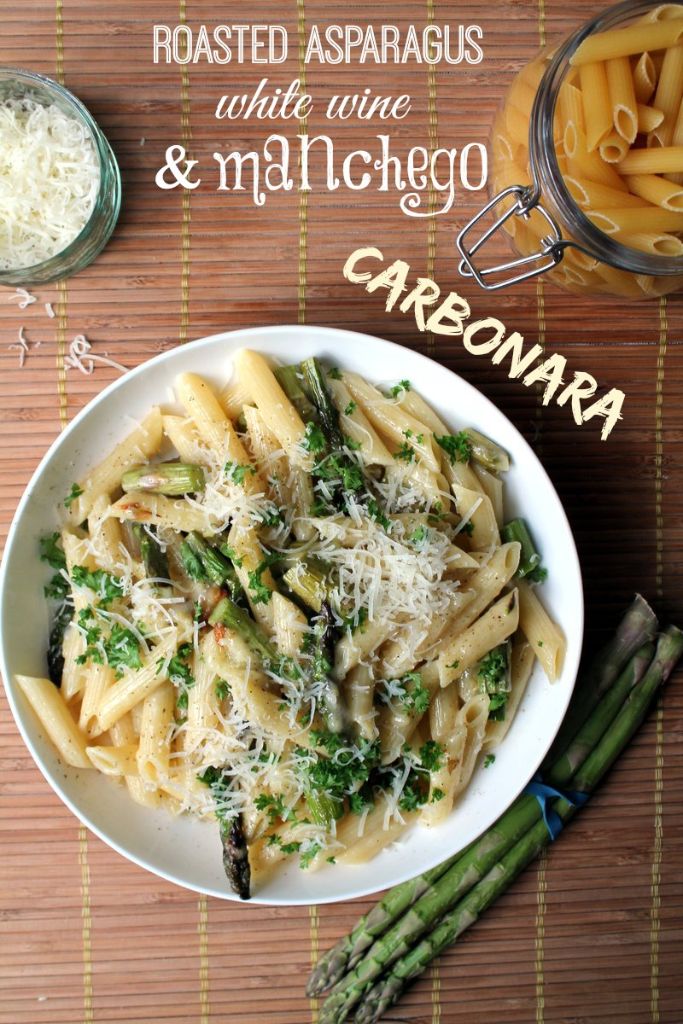 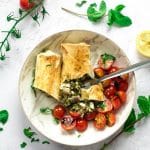 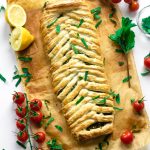 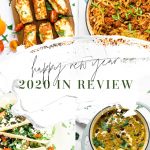