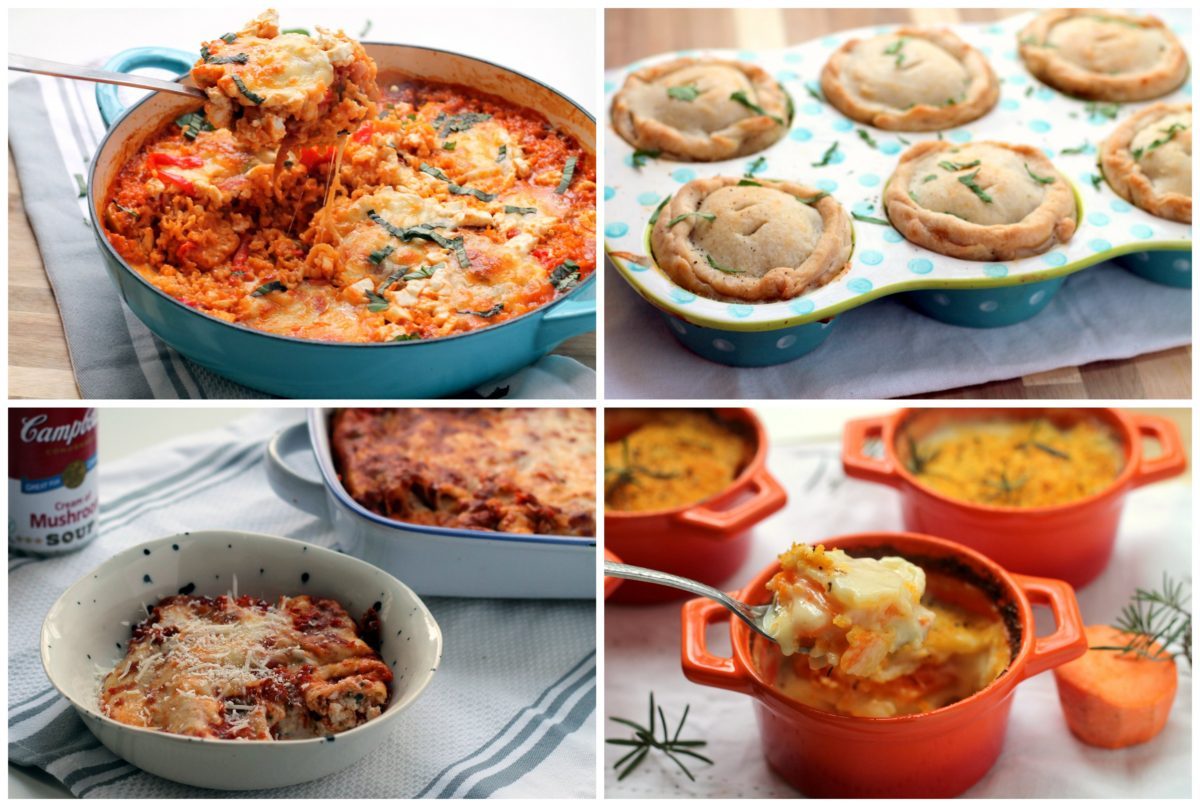 It’s been a while since my last post, a little longer than I’d intended, but I’m back today to share four new recipes. Hurrah! Making up for lost time. These recipes were created in collaboration with Campbell’s UK and live on their website, but I’ll intro them here and you can head to their site for the full recipes if you wish!

So I’ve actually been cooking a lot, and coming up with a ton of new recipes, because most evenings I am still able to grab some time in the kitchen while Mr and Mini Veggie spend time together. It’s the photographing and posting that I’m behind on, but when the opportunity came up to work with Campbell’s on this, it spurred me into action and now I feel like I might be able to get back in the groove here pretty soon. I hope so, because I think the world needs some of the crazy post-pregnancy “OMG I can eat brie again so let’s put it in everything” recipes that have been born in my kitchen these last few months.

Today’s recipes all start with a can of Campbell’s soup, and are designed to be easy peasy, the sorts of things that could even be made by people who don’t usually cook. Maybe someone looking to treat their mother on Mother’s Day (which is coming up very soon in the UK) but isn’t sure where to start. I really enjoyed making these recipes. By using the soups as a starting point I knew they would be more than flavourful enough that I could keep things as simple as I wanted to otherwise. 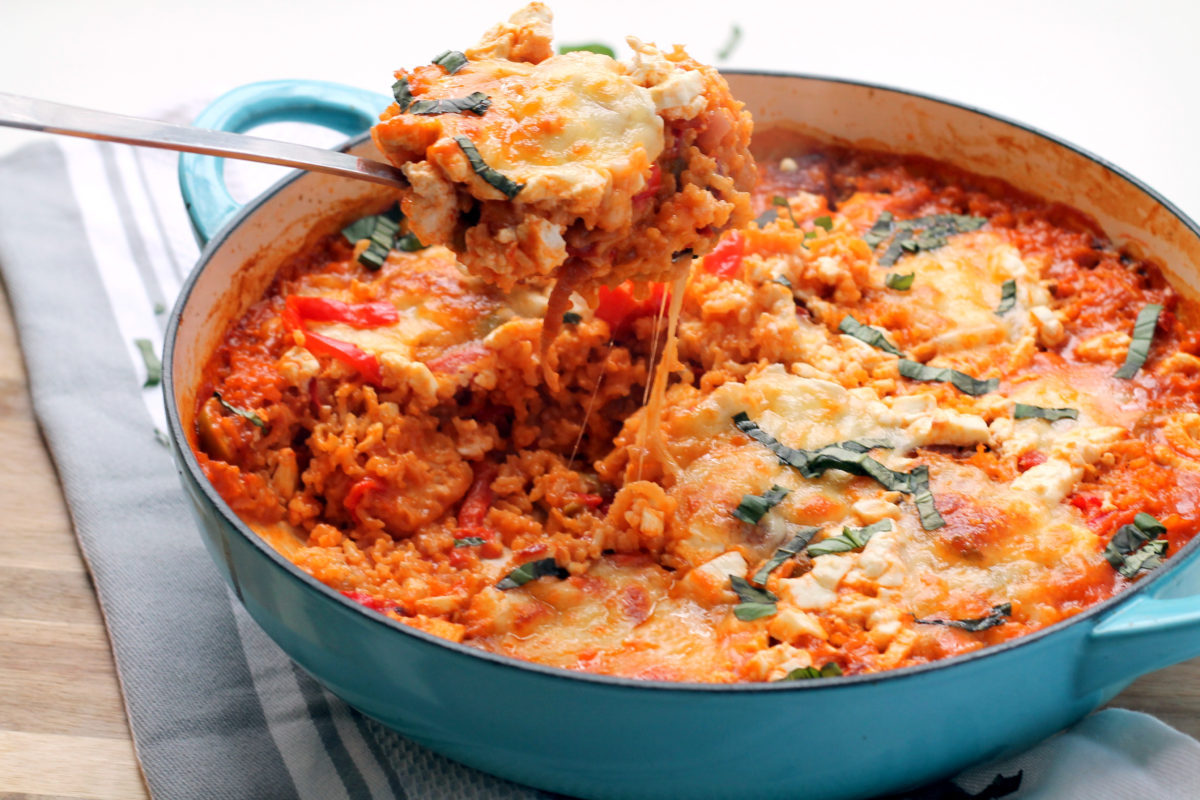 Well obviously I love them all, but I’m going to kick off with this Mediterranean Rice Bake because it is my fave. In fact, I am obsessed. It’s packed with three different cheeses including crisped halloumi, and a bunch of other flavours like olives and roasted peppers – and the creamy tomato soup. It’s pretty decadent. And it’s really easy – everything cooks in the one pot, you just have to keep adding things to the dish in stages. I am going to keep making this for, like, ever. 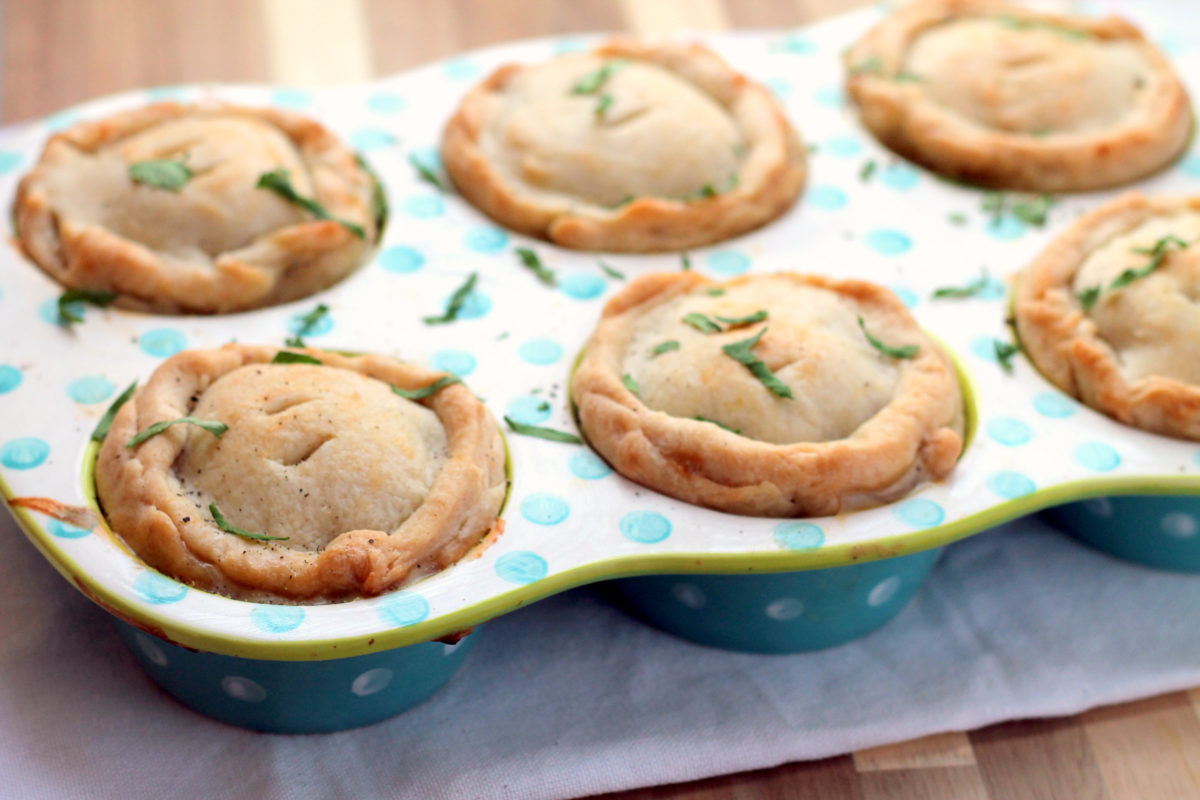 Pie, pie, pie. Everyone likes pie right?!?!? How impressed are you when people make you pie? Well these Muffin Tin Pot Pies are so simple. They only have five ingredients. FIVE. For homemade pies? Yep. And you don’t pre cook anything. So all the effort required is just rolling out dough and assembling everything. Which does not feel like too much effort when the filling was so easy. And for the more confident cooks, it’s very adaptable – essentially you just need a pack of pastry and a can of soup and then you can freestyle the rest. 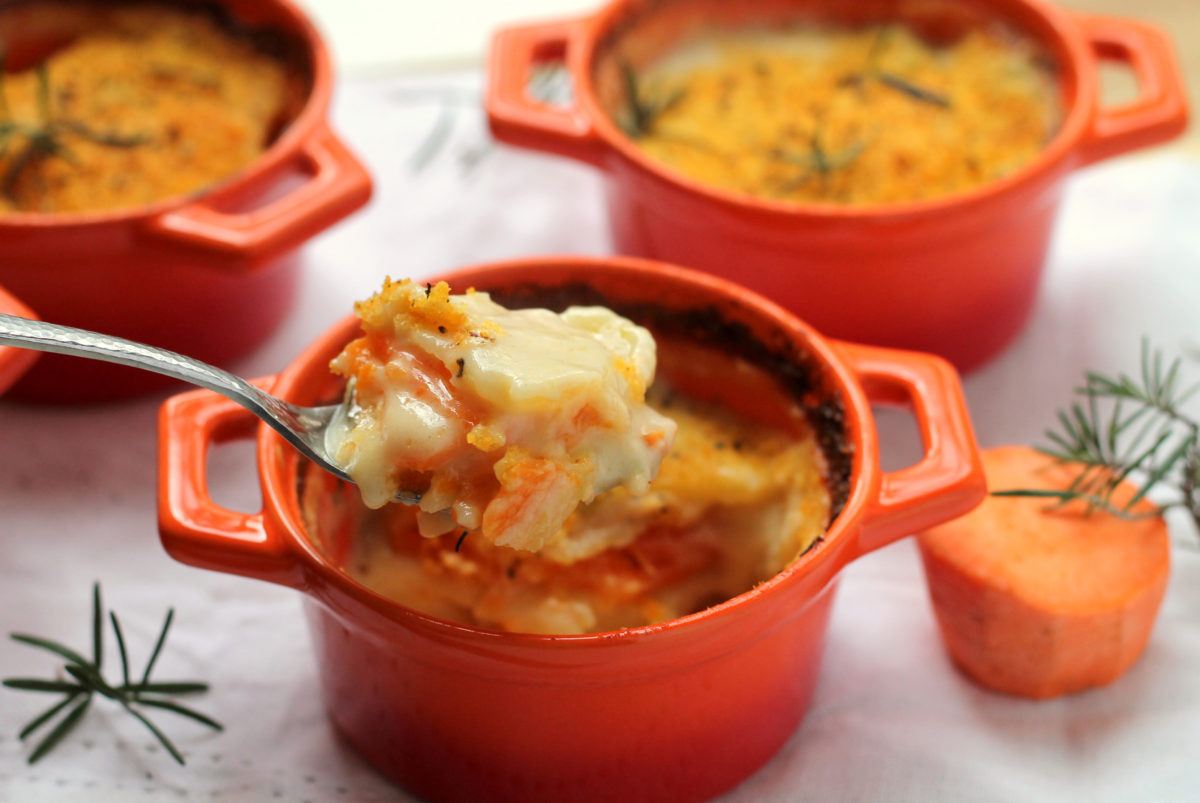 If you’re in the market for a cute little appetiser or side dish, you could do worse than these Root Vegetable Mini Gratins. Like the pies, they are pretty versatile and allow you to use up what you’ve got. Gratins can seem intimidating but they do not have to be perfect – I don’t own a mandolin and my slicing can be all over the place, but they came out great every time. I tested this recipe a couple of times late at night when I was reeeeeeally tired, and I just couldn’t screw it up. So I figure that’s a reasonable endorsement. 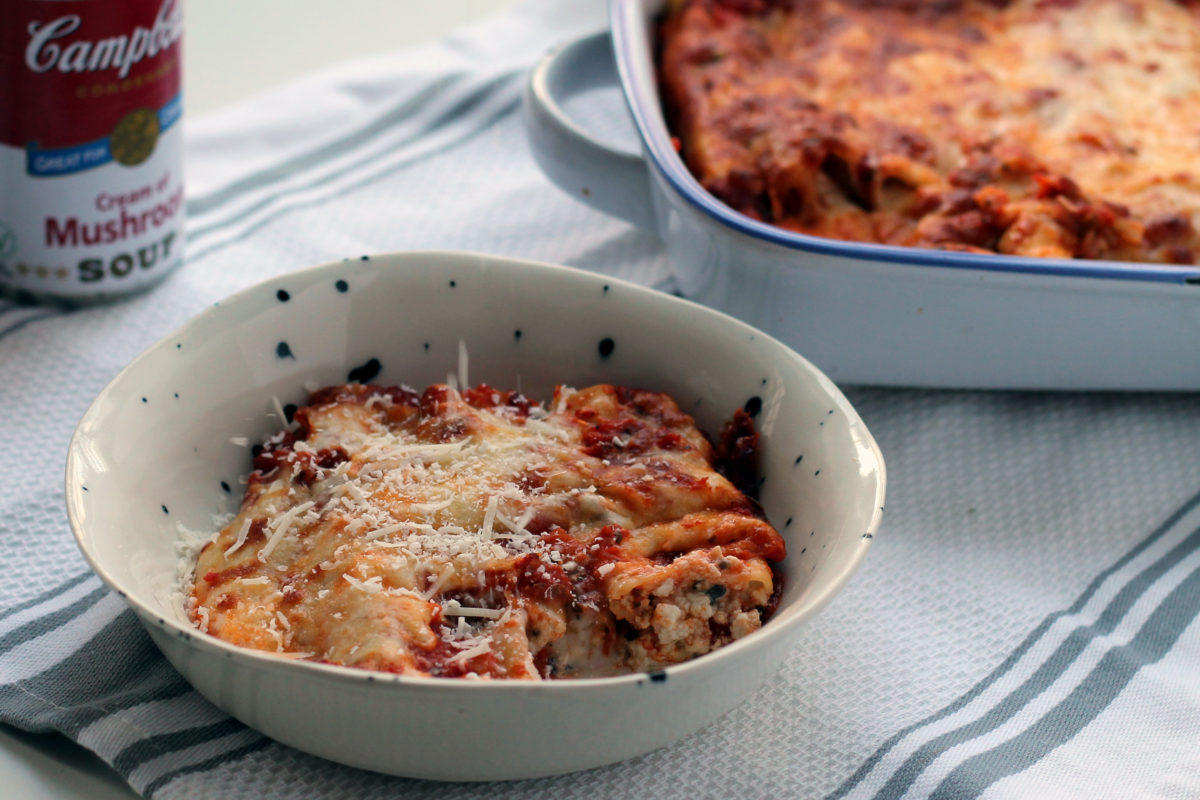 Baked cannelloni is such a treat, but it can be really fiddly and just too much effort. Not so with this Mushroom Cannelloni. My thought process was much the same as with the pies: take away all of the pre-cooking, bring the prep for the filling to a bare minimum, so that all you have to do is assemble them. Suddenly it becomes really do-able. And yet impressive! This recipe prepares two pans full, which lasted less than 24 hours in Veggie HQ. It’s just the perfect Italian comfort food / fuel for busy parents!